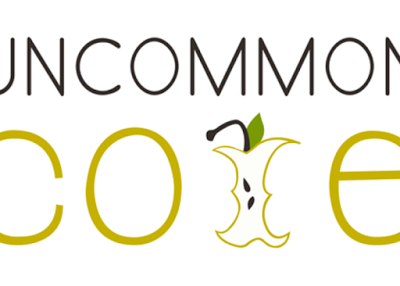 For many many months, we have seen several articles about the new Common Core curriculum. While some tout its rigor, others feel that it has been “rolled out” too quickly. After 28 years of teaching, I can tell you that the rigor of the Common Core or the speed with which it has been presented is neither the solution nor the problem. Rather, I would like to speak about thee Uncommon Core. This is my term for the core that has been lost in recent years. The Core of THE FAMILY was something that many of us had in common in the past; however, it has now been eaten up by the internet, cell phones, X-box, overworked students, and litigious individuals who rather blame educators than work with them.

In a world where the divorce rate has skyrocketed, bullying appears in many forms, and teen suicide continues to rise, do we really need to focus on a new educational curriculum with such ardor? Curriculums come and go, and those that stay, whether good bad or indifferent, somehow we adjust. What we need to focus on is the fact that we are losing our children to drugs, bullies, and the added pressure we as parents, and educators often place on them. Are we all guilty of this? Perhaps not; I know I am. Bogged down with higher expectations and the need to have my students perform better on standardized tests, I, too, have fallen prey to the Uncommon Core. As a parent, I have often failed my children and blamed others for their shortcomings as well as mine.

How often did we, as youngsters, eat meals with our parents? Compare that to the number of times per week we eat meals at the SAME time with all of our family members present. We are too busy carpooling to hockey, jazz band, baseball, Model UN, and a myriad of other activities. Many of these activities are those our children love to attend, and often, we are trying to expand the list of

clubs we can add to their high school activity sheets for college. What children used to learn from us at the dinner table, they are now learning in an adverse manner at parties, on Facebook, and Call of Duty.

The next time you are at a family restaurant, look around and see how many children have an earphone attached to their heads as they are texting throughout the entire meal. You can also see how many adults are doing the same thing. I should know; I read my emails when I am out to dinner and also text as well. Does this make me a hypocrite? It certainly does. I can easily blame this on society, technology, or the axiom, “If you cant beat’em, join’em.” I can beat them and I do NOT have to join them. This is my choice and my fault….period.

and say, “How did this happen?” The question has remained the same, yet we now direct it to the teachers. I have been in education for almost 30 years and I would be lying if I didn’t say that I have met some less than adequate teachers. I would also be lying if I didn’t admit that I have had some awful doctors, lawyers, and plumbers in my more than 50 years on this earth. I can say with total confidence that, by and large, the educators I have worked with are hard working, dedicated professionals who take their charge most seriously. They have an unparalleled love and respect for children that is evidenced by their professionalism every day. I have also met dedicated, loving parents who want the best for their children.

There is a “triangle” in education that must be created in order to have our youth succeed. This three pronged approach must consist of the school, the parent, and the STUDENT! We are all responsible for the well-being and character development of the children whom we serve. You can’t ask the teacher, “What is the meaning of this report card,” without asking the child and yourself the same question. Even more important is the BLAMELESS question, “How can WE work together to see a better report card next quarter?” THIS is the needed COMMON CORE!

How do WE use the triangle as parents, students, and school staff to stop the bullying of our children beyond a simple BULLY FREE Zone sign? How many

of us have the passwords to our children’s Facebook accounts? Some may say this is an invasion of privacy. I would argue that there are parents who have lost their sons and daughters to cyber-bullying who would disagree.

The Family CORE is something that we had in COMMON several years ago. It has been lost in far too many families recently, and we need to focus our efforts on getting it back. We have all worked hard to give our children better lives than we had. Were ours that bad? Are we basing our successes on materialistic possessions? Are we crazy because we had fun playing pong and Monopoly with our family compared to our children who now play online war games with strangers on the Internet? Are we fools because we used to play family word games during long car trips while our children now listen to music as they sleep in the back seat? Is our problem really the new Common Core Curriculum? I don’t think so.

I believe our problem has become the unraveling of the family unit. Think of some of the inappropriate things your children often say. Now laugh as you think of what your parents would have said or done to you if you uttered some of those comments. Are we bad parents? Of course not. Increased taxes, a

higher cost of living, and outrageous college costs have made us work harder and longer in order to survive and provide for our families. More families than ever before are double income families, and that has taken away from “family time”. Never before has the term quality vs. quantity been more meaningful.

I submit that we, as a nation, have always shown our courage and resilience in times of adversity. Hurricane Sandy, 911, and the Boston Bombing to name just a few. We need to work together as families AND schools to give the youth of America the moral fiber they will need to become productive members of society. With that, there is no enemy, certainly no curriculum, which can hinder them from reaching their full potential. Let’s teach them to take responsibility for their actions, fight against injustice appropriately, and respect themselves and each other. Not only can we learn from history, but also, we have the ability to CREATE it! In this respect, we ALL need to do our Common Core homework, myself included.